If you recall back in 2014, I had a blog post about the journey to soft, pliable, effective power - Part 2.

My strength, fitness, and conditioning exercises outside of Wing Tsun Kung Fu have always been centered around cycling, kettlebells, body-weight exercises and parallette bar training like GMB.  At the end of 2019, I became interested about the barbell and started training in the condo gym.  In 2020, I had the opportunity to build a Garage Gym.  I bought the Kindle edition of Mark Rippetoe's book Starting Strength, and was intrigued by the discussion about biomechanics and balance.

The discussion about balancing the barbell on the midfoot, essentially using the body as a set of levers, reminded me of the training in Zhong Xin Dao I Liq Chuan and instructions by Sifu Joshua Craig.  If you recall, Wing Tsun Kung Fu training via Si-Fu Ralph Haenel's Core Concepts include:  Distance, Timing, Coordination, Mobility, Positioning, Power, Fluidity, Centreline, Release Power, and Balance.

All of these thoughts started percolating in my head, including the previous blog post, the initial one back in 2010 about the Journey to Soft, Pliable, Effective Power.

Or affect another person's structure during a teaching demo, again with an essentially cooperative partner:

Here is a question. What does functional strength in Wing Tsun Kung Fu have to do with strength in general?  This question actually reminds me of a book by Si-Hing Brian Yam, or a video of kettlebell training by Si-Hing Steve McMinn of DoStrength.

My Si-Fu Ralph Haenel has told us previously about his encounters with other students or practitioners who could bench press a LOT, but the functional strength from their punches were a completely different story i.e. not as strong, or perhaps the correct terminology would be powerful.  There are likely a lot of factors, including even a select number of core concepts above such as coordination, timing, release power, balance...

Nevertheless, after reading Mark Rippetoe's words in the first few chapters of Starting Strength, that I interpret as essentially alignment and balance, I have decided that for the rest of 2020 (besides work and the other wonders of life), I will study the role of barbell strengthening in improving my own Wing Tsun Kung Fu, and perhaps even Zhong Xin Dao I Liq Chuan.  I will seek out reading, videos, and coaching in order to improve the form.  I am particularly curious about the compound exercises required, as the functional part of Wing Tsun necessitates whole body movement.  One premise is that general strength and fitness training should improve any sport or martial art.  I will attempt to focus on barbell training, and forgo kettlebell training.  It is difficult to stop any body-weight training entirely, as I have recently also gotten into olympic ring training.  Disclaimer:  this is not a double-blinded randomized controlled trial.

The other challenge is to determine what the actual outcome measure is, to say that barbell training has improved my Wing Tsun Kung Fu.  Because, I am not going to stop Wing Tsun either.  Perhaps I can stop some of the weapons training, and see how barbell training may improve my long pole or butterfly knife workouts.  I have not decided yet.

More importantly, I hope to draw some thoughts and correlations between barbell training methodology, and some of the concepts from Wing Tsun Kung Fu and Zhong Xin Dao I Liq Chuan.

After another insightful Zhong Xin Dao I Liq Chuan seminar in Vancouver, BC by Sifu Joshua Craig this past weekend, it led to my thoughts about the journey thus far.

The last blog post about a ZXD seminar was the October 2018 by GM Sam Chin, my introduction to this art.  Since then I have participated in various seminars to get a better overview of the system and philosophy, as well as have an opportunity to train with and learn from different ZXD students.  It seems excessive after typing this all out, but some of them happened to be tied into trips around the area already.  They have all helped with the journey in Zhong Xin Dao I Liq Chuan thus far, in different ways.

- Group class with Lipyeow Lim in Honolulu, Hawaii - May 2019:  side trip to group class while on vacation; detailed training about looking for the bone

- Sifu Joshua Craig seminar in Barrie, Ontario - June 2019:  amazed about the details in basic exercises; realized that there is much more to look for in Student Level 1 basic exercises 1-10; surprised I passed one month ago and realized my condense/expand was just choreography and not internal

- Sifu Joshua Craig seminar in Vancouver, BC - August 2019:  After Chris Chinfen (Vancouver group leader) also gained exposure to Joshua Craig's teaching, Joshua was invited to come to Vancouver; again I was floored by his teaching abilities

- GM Sam Chin seminar in Vancouver, BC - October 2019:  1 year since my first exposure to ZXD; easier to recognize and realize what we should be looking for during training

- Sifu Joshua Craig seminar in Vancouver, BC - February 2020:  More details about level 1 basics; also had an excellent 2-hour private lesson on Basic Exercise 11 - concave/convex
In today's blog post though, I will take you through my experiences from the seminar in Oakland, California.

Oakland, California - December 2018
After the introduction to Zhong Xin Dao in Vancouver, BC I wanted to find out more.  As mentioned in the previous blog post, I was immediately intrigued by the philosophy.  The feeling of the art felt similar to Hänel-WT in effect, but perhaps different in cause.

Thus, in December 2018, I went to the seminar in Oakland, California organized by Guru Bernard Langan.  My goal was to have another exposure, and also to see what the longer-term students were like i.e. were they able to manifest similar abilities to GM Sam Chin.  Deeper down the question was if this was a path I could see myself train in.

I was not disappointed.  I met many other students from the west coast, from Oregon to California.  One of them, Mike, reminded me of a Wing Tsun Si-Hing Armando, as he was "light" yet responsive and structured.  There were others like Sonjue, Artem, and Kaiwe and who gave excellent tips from their backgrounds in anatomy.

It was also here that I learned even though one can be "successful" in a push-hands type drill/exercise, I may have still relied on past experience.  Although, I still believe that the Hänel-WingTsun Core Concepts training approach, especially in the last 3-4 years, helped get my body structure and function to its current state.  I could see a deeper level of refinement via Zhong Xin Dao.

I also learned from GM Sam Chin that I was preferentially moving in a sagittal plane.  That actually makes sense to me, especially as a result of more Biu-Tze training.

After this Oakland seminar, I was even more convinced about not only I Liq Chuan, but the Zhong Xin Dao philosophy to its training.

This photo below is not a demonstration of the frontal* plane, basic exercise 10, or otherwise.  It is a still from a Happy Holidays greeting.

January 2015 WingTsun notes - From blank to a dot

I happen to be cleaning up my OneNote notebooks, having not used them in 3 years.

Imagine a WT student, learning SNT for the first time.
Mechanics in the head, blank essentially.

As one learns more and more, schematics come out, different option.

More experience, multitude of options and ideas in stick figures, come out.

It looks as though in 2015, I was writing about an idea representing the journey in Wing Tsun that could be displayed as a video.

Question:  What would I change about this note now?

In the second stage, as one learns more and more, schematics do come out of the head, but the student is more so in the "collecting" phase.  There are still issues with collecting techniques, but this may still be needed without a full understanding and appreciation.

In the next stage with more experience, although there are multitude of options, they aren't due to collecting more techniques, but rather more so in the "amalgamation" and "synchronization" phase.

In terms of the last stage, I still believe that Mastery = Simplicity = Unified.  And in the video, the WT student's head is no longer completely blank, but imagine a white background with a dot, right in the centre. 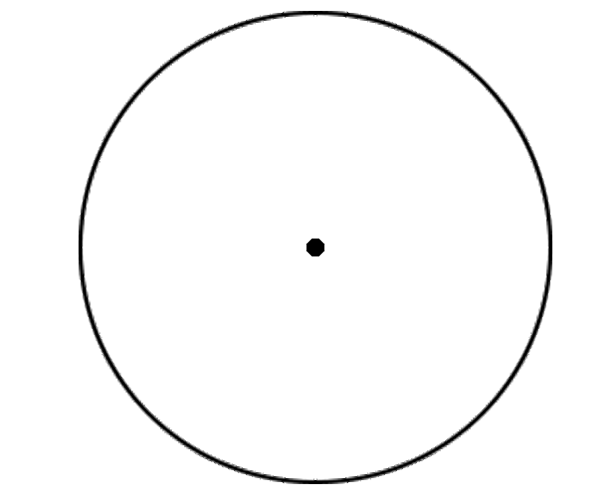 But what is that dot, and where is the centre?